According to the latest global study, led independently by "Data 2 decisions" (Dentsu Aegis Network), one of our latest innovations MOTION CODE is set to change the way we shop online. They surveyed 2,100 people in 8 countries and received an overwhelmingly positive response to our MOTION CODE technology. This innovation replaces the static 3-digit security code usually printed on the back of a card, with a mini e-paper screen that displays a dynamic code that automatically refreshes typically every hour.

In our I-want-it-now society, we’ve grown accustomed to getting products and services delivered to us faster and from farther than ever before – all thanks to the Internet. Today, as e-commerce continues to grow worldwide, experts predict that the share of global online retail sales will increase from just above 10% in 2018 to just below 20% by 20231. This boom is driven largely by the shift in individual shopping habits.

This survey revealed that 62% of respondents shop online more than five times a month with Spain (63%), the U.K. (64%) and the U.S. (64%) leading the pack. Young people (ages 18-34) represent another very active online demographic, with 52% making at least 10-14 online purchases monthly – compared to just 15% of respondents aged 55 and older. Regardless of age, one common denominator in online habits emerged: card is king. 73% of consumers worldwide use their cards when paying online. 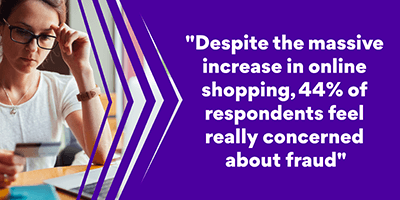 Despite the massive increase in online shopping, 44% feel really concerned about fraud when buying online. On a scale of 1-10, the average level of concern was 6.9. While the study showed minimal difference between age groups, we can see a difference between various countries – with Brazilians being more worried than Germans. Unfortunately, this fear is not unfounded. 27% of global respondents have already been victims of online fraud.

But the global economy need not worry about a downturn in online purchases. Our study also showed that an impressive 79% of respondents would use their card more often for online purchases if their payment card had additional security features. IDEMIA’s answer to this market demand? MOTION CODE.

Our innovation replaces the static 3-digit code on the back of payment cards that secures most standard Card-Not-Present (CNP) transactions with a mini screen displaying a code that refreshes every hour or every day. Totally transparent for the e-merchant and customer alike, this technology renders stolen card information useless after a very short period, further securing online transactions. 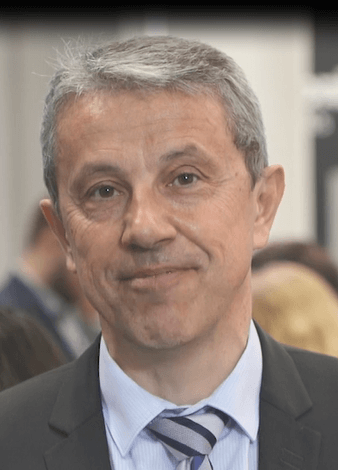 93% described it as innovative, 89% found it easy to use and 88% felt it would protect them against online fraud risks. Notably, respondents in Brazil, the U.K. and Italy were the most keen on the technology with percentages in the high 80s-90s for each perceived benefit. In short, our survey confirmed that the market is primed for MOTION CODE technology. An astounding 88% said they would use a MOTION CODE card if offered by their bank – with numbers from the youngest respondents coming in even higher at 91%. Moreover, 83% would be even more likely to use a MOTION CODE card than a standard card with a printed, static security code (a 5-point jump from 2015 findings). Once again, consumers in Brazil, the U.S. and Italy were the most enthusiastic about this technology with 93% in Brazil, 79% in the U.S. and 90% in Italy preferring MOTION CODE. Most respondents (57%) also said they would be willing to pay for this added protection.

E-commerce explosion: seeking out the best deals online with total peace of mind!

We are digital
Let's go
Go to the top

Receive our key news and keep up with the trends in our markets by subscribing to our newsletter.

By clicking on the "Subscribe" button, you confirm that you agree to IDEMIA’s Terms of Use and Privacy Policy, and agree to the processing of your personal data and acknowledge your related rights, as described therein.

Your email address will be used exclusively by IDEMIA to send you newsletters related yo your selected topics of interest. In accordance with the law, you have rights of access, rectification and erasure of your personal data, as well as opposition of processing, which can be exercised by writing to dpo@idemia.com.